If seeing is believing, consider 2-year-old Kenzo a true believer in the power of representation.

This week at a family screening of Disney’s Encanto, Kah Brand noticed the moment his son realized that one of the characters, a young boy named Antonio, looked a lot like him.

“He seemed impressed, he was just smiling and staring at the screen,” she told POPSUGAR. “Then he stood up and looked at his dad and me, still smiling. For him, I really believe he thought he was seeing himself because of the resemblance between him and Antonio.”

“It’s essential that black children feel seen and connected to positive and empowering images for their self-esteem.”

Kenzo isn’t alone: ​​When Kah posted the photo of himself proudly standing next to the TV screen on Instagram, his friends and family couldn’t contain their excitement at the similarities.

“As a mom, I always try to capture ‘those’ moments,” she said. “I was amazed at his reaction. It really made me smile and my heart happy.” 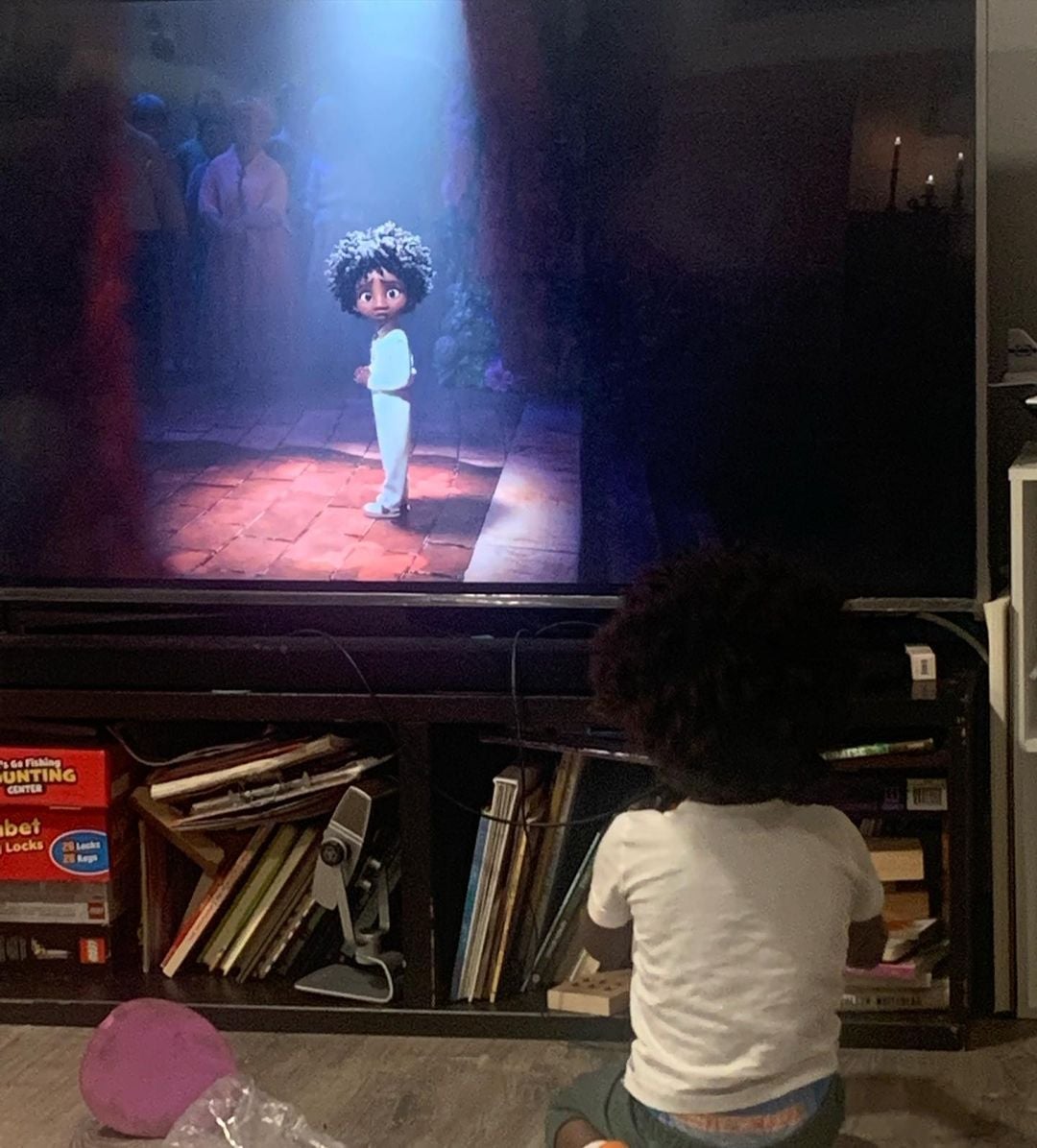 But for her, it wasn’t just the resemblance that mattered.

“It was the impact of feeling seen,” Kah added. “It’s essential that black children feel seen and connected to positive and empowering images for their self-esteem.”

“But those characters weren’t there,” she said, referring to her own generation. “We didn’t have that growing up. What’s so special about Encanto was that he didn’t stop showing us brown characters. It showed the diversity of hair textures and skin tone. I’m so grateful for times like this because I’m aware of its impact, especially for brown boys and girls. It brings joy to our family. There is power in representation and magic in creativity. This generation and future generations will experience inclusivity because the film industry is moving in a direction that reflects the true diversity of our world.”

July was a month of successful releases and with Minions: The Rise of Gru, Thor: Love and Thunderand The gray manentertain people in the first half of the month, next on the list is Jordan Pelescience fiction horror movie, Nope. Nope is Jordan Peele’s third feature film, adding to his previous work of horror films […]

Buzz Lightyear, as portrayed in “Lightyear,” now welcomes Tomorrowland guests to Disneyland. He can periodically be found outside the Galactic Grill, in front of the Tomorrowland Terrace stage. He was accompanied by a PhotoPass photographer. Buzz usually appears in Disney Parks in full costume with a face cast, looking more like a giant toy. This […]

EXCLUSIVE: A Disney movie is in the works with the character Figment, a small purple dragon that serves as the mascot for the Imagination pavilion at Epcot in Orlando. The feature comes from Seth Rogen’s Point Gray with Pokémon Detective PikachuDan Hernandez and Benji Samit are set to write, Deadline has learned. Figment was created […]